Terrazzo, from the Italian word for terraces, was created several hundred years ago in Europe when Venetian workers discovered a new use for discarded marble remnants. Since that time, it has become a logical, practical solution for contemporary design and construction.

The beauty and versatility of Terrazzo offers today’s architects/designers a contemporary flooring and wall material for interior and exterior design use. Fifteenth-century Venetian marble workers began to use off-size marble pieces (remaining from the custom-sized marble slabs)to surface terraces around their living quarters.

The uneven surfaces created, when the spalls were set in clay to anchor them, convinced the workers that flattening the surface would produce a smoother surface more comfortable for walking. They began to rub the surface with handstone, achieving a flat surface.

The workers soon advanced their technique for rubbing the surfaces by designing a long handle with a weighted end to which they could fasten their rubbing stones. Now they were able to rub the terraces in a more comfortable upright position, utilizing their body weight to provide the pressure to abrade the surface faster. This tool was named the “Galera.”

A smoother surface was achieved with this crude equipment and back-breaking labor, but it still lacked the true marble color that only resulted when the surface was wet. As years passed, workers discovered the milk from their goats brought out the true color of the marble when applied to the surface. The true color of the marble was retained when it was dry. This was the first Terrazzo Sealer!

Gifted craftsmen brought the Terrazzo concept with them from Europe in the late 18th century, where Terrazzo was used extensively in monumental structures. (Our first President, George Washington, designed his Mt. Vernon home and selected Terrazzo for many of the rooms.) Soon the Americanized version of Terrazzo was created from the wealth of marble in the United States and American Ingenuity advanced installation techniques.

Ingenious individuals devised a method of using wood strips to separate different colors of the marble chips. These strips were removed and the void filled with another material. These same people learned that adding marble dust to this material resulted in various colors. Thus, they could now create a design with this material.

In later years, 3/4″ colorful marble cubes, known as Mosaic Tessarae, were used in division strips for separating colors. These became a permanent part of the floor and added further aesthetics. Marble strips, 3/4″ x 3/4″, one to three feet in length, were developed, providing another permanent dividing strip.

Brass divider strips became available in the mid-twenties of this century, replacing or offering a second choice to the marble cubes or strips. In the thirties, white alloy of zinc metal strips were developed, and during World War II, due to the essential need for metal, plastic strips were developed. These strips were not only designed to separate colors, but they played an essential role in the control of localizing shrinkage in the Terrazzo topping, preventing cracks from marring the aesthetics of this beautiful surface. Soon advanced technology gave this industry various gauges of all these strips, resulting in the creation of elaborate and intricate patterns and designs.

In 1924, improvements on the Galera led to the development of electric grinding equipment to achieve a fine finish. The technology of carborundum stones on a rotating head, aided in advancing grinding and polishing procedures to today’s standards.

When white Portland cement was introduced into this industry, it expanded the horizon of Terrazzo colors with the mineral color pigment additives. Now the spectrum of color for Terrazzo was unlimited. During this time numerous chemical companies were developing cleaners and sealers to enhance the beauty of Terrazzo.

In the last 25 years, new developments were achieved with the discovery of epoxies, polyesters, latex, and acrylics. Rustic Terrazzo emerged creating a unique surface that is especially designed for sidewalks, plazas, terraces, pools, and stairways with unlimited use for decks and wall surfaces.

You can choose from nature’s color palette of stone that was created millions of years ago. The unique difference of Rustic Terrazzo is the texture created by the finished product. Today, the flooring meant for Kings and Queens is available to everyone. Terrazzo is considered by today’s architects and designers to be a contemporary flooring and wall material for interior and exterior use. Terrazzo has proven itself through history as the sensible choice for floor surfaces that require resistance to heavy abuse, while still retaining the beauty and low maintenance costs.

Whether for the rush of thousands of feet with the floor that takes the hurry in an airport or train station, or contemplation and joy in a quiet church, in a school planned for education of our children, or hospital, where footsteps can mean life itself, no other kind of flooring today can create so much beauty with such long-range economy. When you build for lasting strength you can also create the lasting beauty of timeless Terrazzo. 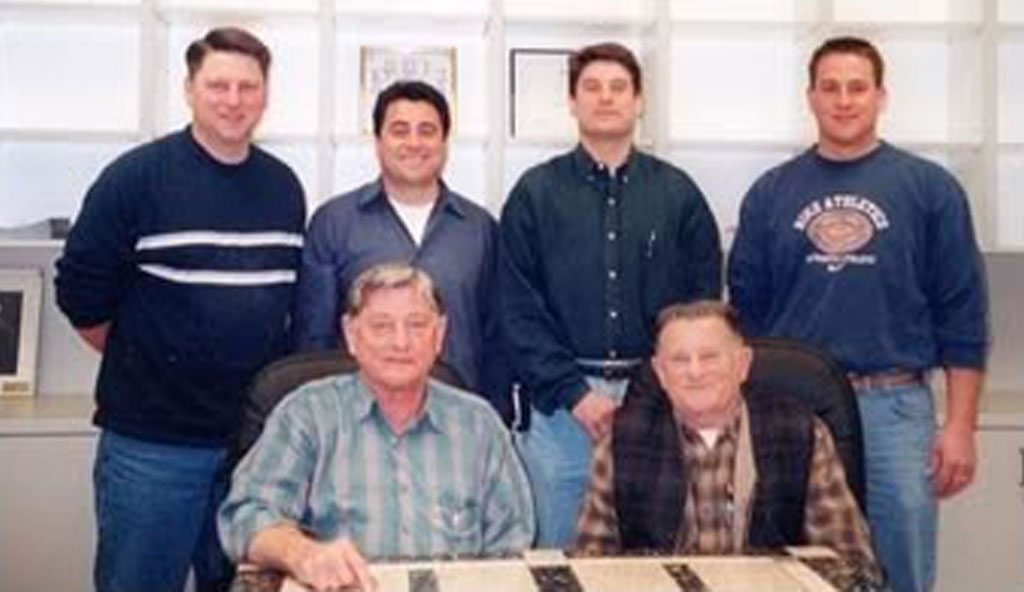